Tonight on the Hagmann and Hagmann Report…

Here are up-to-the-minute links directly from the Hagmann Studio, regarding the dismissal yesterday of (fmr.) FBI Director James Comey:

7:30pm EDT  Our highly valued sponsor Allan Riggs, founder of Greenivative, innovators and purveyors of the GMAG Power Cell joins us for a few moments to update us on a significant development happening at the Greenivative Labs in Florida.

Allan Riggs is a highly valued sponsor of the Hagmann and Hagman Report.  We spoke briefly yesterday and Mr Riggs indicated that they were on the verge of a significant breakthrough at the Greenivative Labs.  Provided the data confirms what Allan described, this is a segment that every prepper is going to want to hear.

8:00pm EDT  Welcome back too the Hagmann Studio for his third appearance on the program, Dark Journalist, Daniel Lizst.

Dark Journalist, Daniel Liszt, a new and valued friend of the program.  I received an email from Mr Listz last night during the broadcast and he stated that he has revelatory information to share based on artifacts discovered in Egypt.  Dark Journalist is the purveyor of a killer podcast available on YouTube. 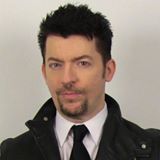 Dark Journalist is an independent investigative reporter and filmmaker who coined the term “Dark Journalism” to introduce crucial areas of research and investigation that the mainstream media refuses to touch. He has appeared on popular news shows including Coast to Coast AM Radio, VICE Motherboard Podcast, served as the Host of the Secret Space Program Conference in Austin, Texas, and held an audience of thousands in his Reddit AMA Q & A Sessions. His cutting-edge video show is a rising star in the alternative media with a growing number of followers and subscribers worldwide. His YouTube Channelhas reached over four million views with online video downloads exceeding six million!

9:00pmEDTPastor David Lankford. straps on his Biblical Battle Rattle.Pastor Lankford is the founder of the Voice of Evangelism and the official pastor at Team Hagmann.

David Lankford is a servant of the Lord, scriptorian, dynamic preacher and excellent speaker. He is the host of “The Voice of Evangelism,” an international radio program and available for revivals, crusades, mission trips and can fill in for pastors on the weekend if they need to be away.

Before his recent resignation as pastor of The Derita Church of God, in Charlotte, North Carolina where he served for over 15 years he held the office of State Evangelist for 7 years.

Following a one year sabbatical, Pastor Lankford surrendered his credentials in 2002 with the Church of God, Cleveland, Tenn. and in that same week planted a new non-denominational Church called Family Worship Center, along with an A.C.E. Christian School in Stanley, N.C.

The church completed its second phase in August 2008 with a new 12,000 square foot worship center.

Pastor David Lankford is no longer pastoring but has felt the calling of God leading him back into full time evangelism. He is presently fulfilling the position now as a full time “Evangelist”. Great things are presently happening.

Pastor David Lankford is an old-fashioned, anointed man of God who the Lord is greatly using in this hour to proclaim the word, make appeals for true repentance and to help bring healing into the body of Christ. He is known as a student of the word and quotes many scriptures in his messages. He is a man of prayer, fasting and spiritual integrity. His devotion and demeanor naturally cultivates a desire in the lives of others to serve the Lord wholeheartedly. He will be a blessing to any congregation he is afforded the opportunity to minister. The Voice of Evangelism is an International Christian radio ministry that is heard around the world. The International Radio Ministry began July 6, 1998.

Folks, may the Lord bless you with a powerful and productive day.  This month we continue to ask that all of our loyal Global Star Radio Network listeners and Blog Talk Radio listeners take a moment to visit the Official Hagmann and Hagmann Report YouTube Channeland subscribe.  If our loyal listeners will cruise over to YouTube and subscribe, our numbers would, overnight, give us the leverage that we need to mitigate some of the bald faced censorship that we are currently stuck dealing with everyday.

As always, on behalf of Team Hagmann, we thank you for your continued support, trust in us and most importantly, your prayers, as we navigate these crazy days together.  Saddle for battle.  The Hagmann and Hagmann Report is available every Monday through Friday at 7:00pm EST on three live platforms.